Last weekend Mr. McB and I hopped in the car and headed toward Waycross, Georgia and the Okefenokee National Wildlife Preserve.

The drive takes somewhere between six and seven hours. The interstate features unremarkable scenery, limited dining options, and infrequent exits but you can legally zoom along at 70 MPH for most of the trip. We left just after 8 a.m. and made a lunch stop about 40 minutes after crossing the Georgia state line. Shortly after lunch, we decided to make a detour and visit St. Simons Island and Fort Frederica. 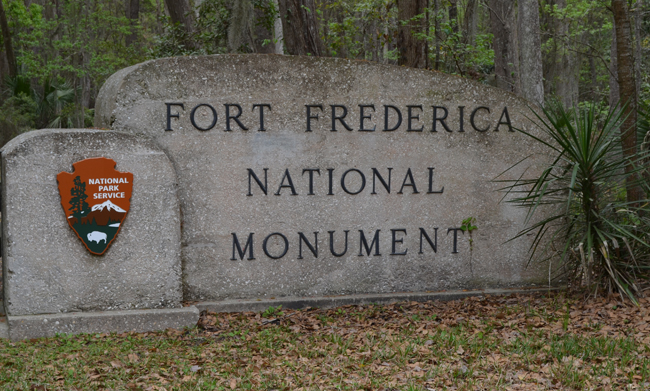 When Fort Frederica was established in 1736, the Spanish controlled nearby Florida. The fort was build in what was known as debatable land with the goal of keeping the new colony of Georgia and its port of Savannah under English control.

Georgia’s founder James Oglethorpe, decided to take things a step further in 1739 by conducting small raids on the Spanish forts west of St. Augustine. Oglethorpe had success in these conquests but failed to take the heavily fortified St. Augustine in 1740. He and his men returned to Fort Frederica.

In time, the Spanish decided it was time to return the favor and came north to visit St. Simons and the fort. The English won the battles of Gully Hole Creek and Bloody Marsh in 1742. These battles were small but significant because the Spanish never again mounted an offensive campaign against British colonies in the east.

There is a charge of $3 per person to visit the national monument. Visitors can see exhibits and view a film in the welcome center before exploring the ruins of the old fort. 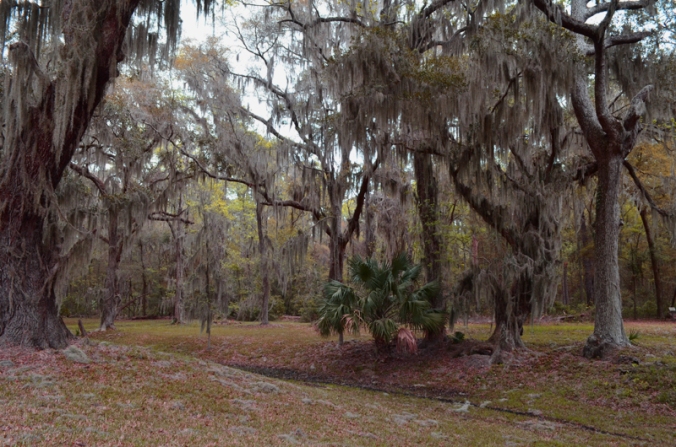 Spanish moss clings to the trees surrounding the fort. This air plant is generally full of chiggers so resist the urge to touch. 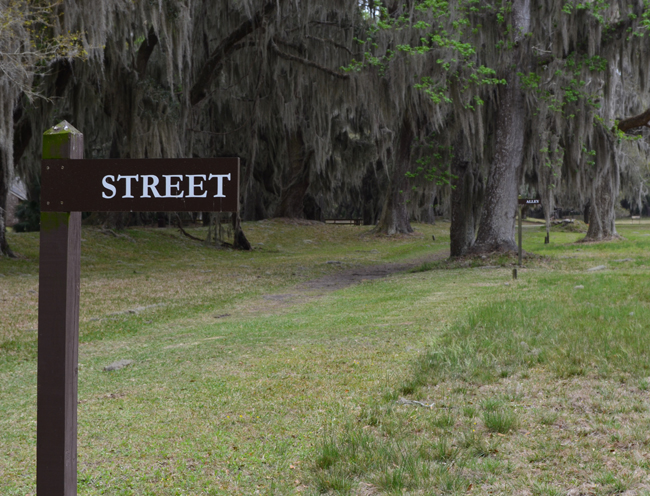 Street signs help visitors understand what the fort’s layout would have been in its heyday. 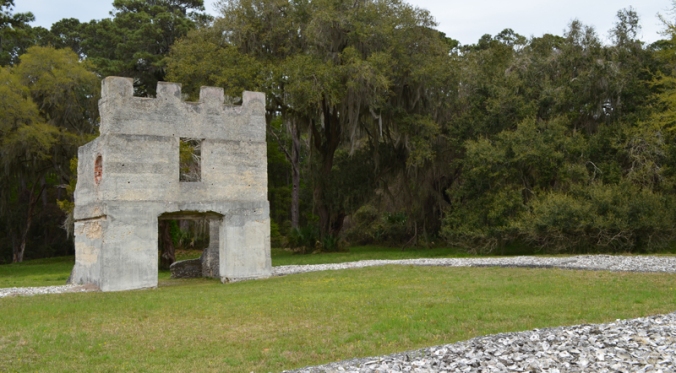 The ruins of the barracks

The structure also served as a prison. One inmate, Charles Priber, urged the colonists to seek independence from Britain. He was a man ahead of his time. 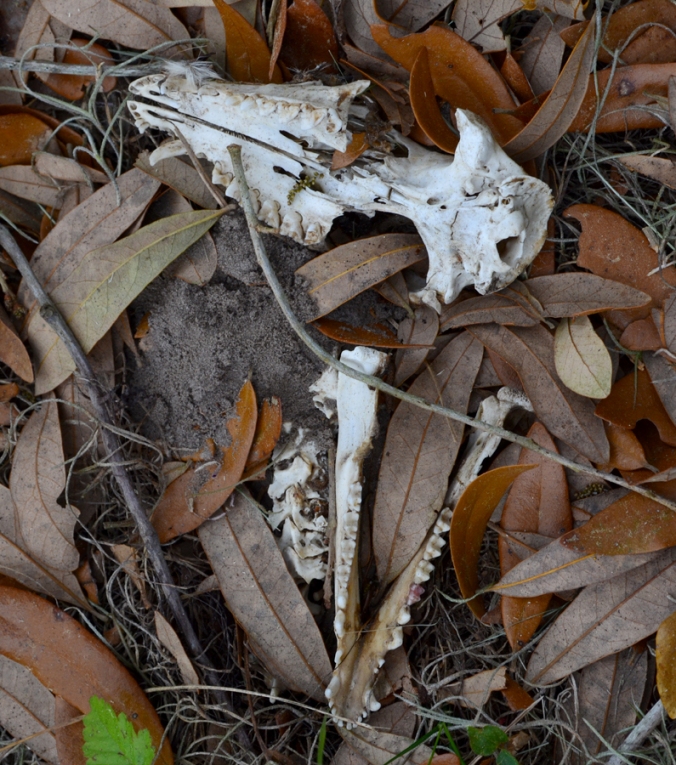 The ruins of an opossum

I don’t believe these date back to the 1700’s. With two turkey vultures circling the area, I’m not sure the remains date back 17 days. 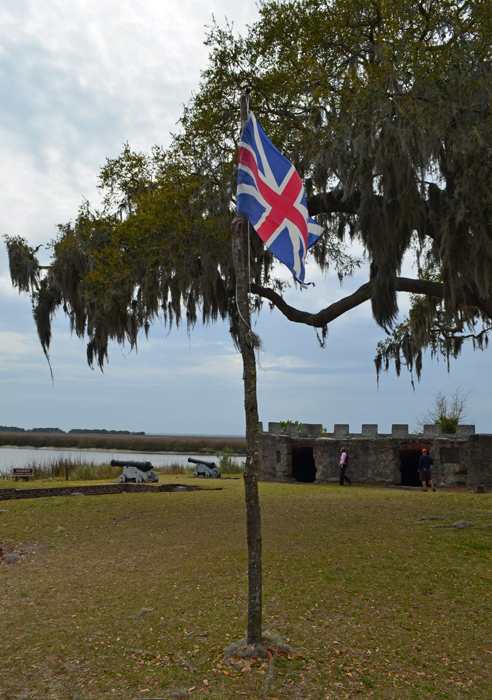 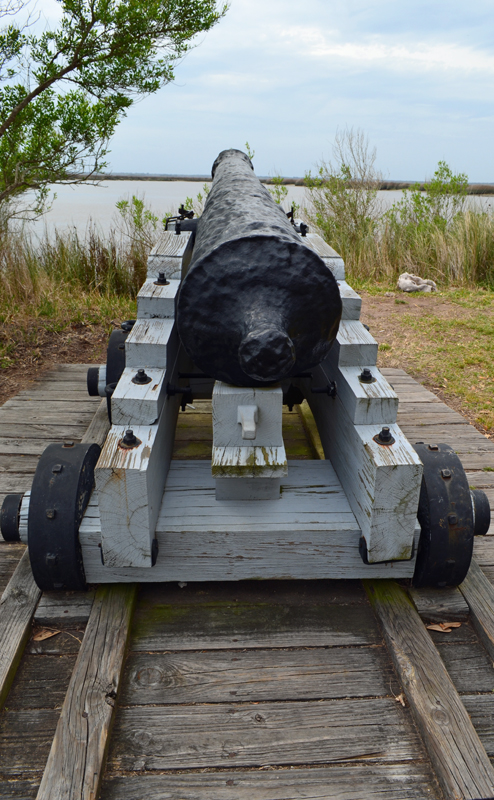 A cannon provides defense against traffic along the river. 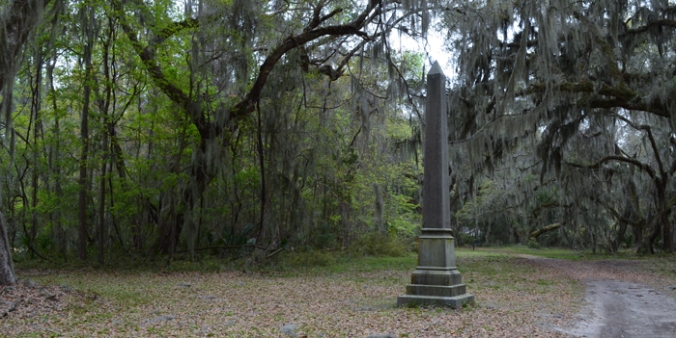 This monument stands away from the water on a shady path. 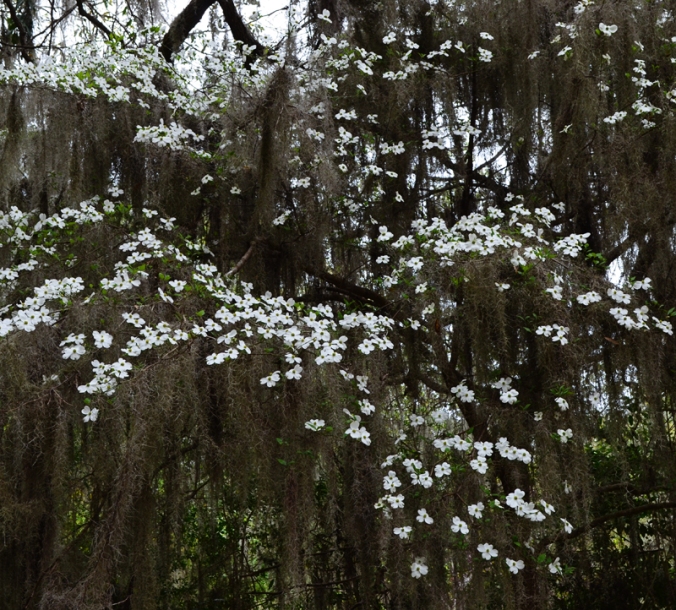 A cascade of dogwood blossoms surrounded by Spanish moss

After exploring the fort, we took the short walk to Christ Church. This structure was built in the 1880s to replace the house of worship that was destroyed by Union soldiers. There has been active worship on the island since 1736. John and Charles Wesley helped shape the ministry efforts here. 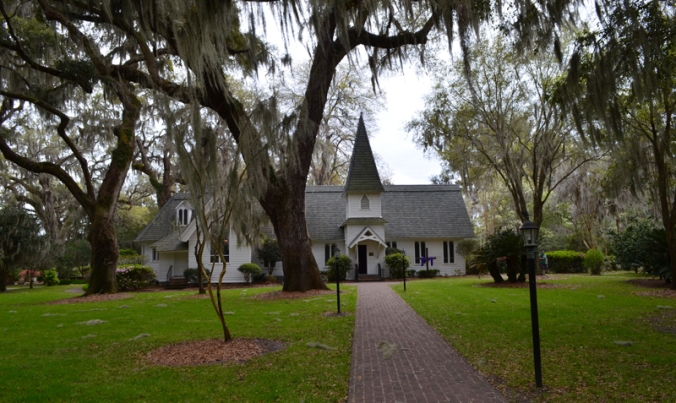 Visitors can see the inside of the church Tuesday-Sunday from 2-5 p.m. The church and its grounds are not open to visitors on Mondays, Easter, or Christmas. There is no charge but donations are accepted. The inside of this church features a number of beautiful stained glass windows. 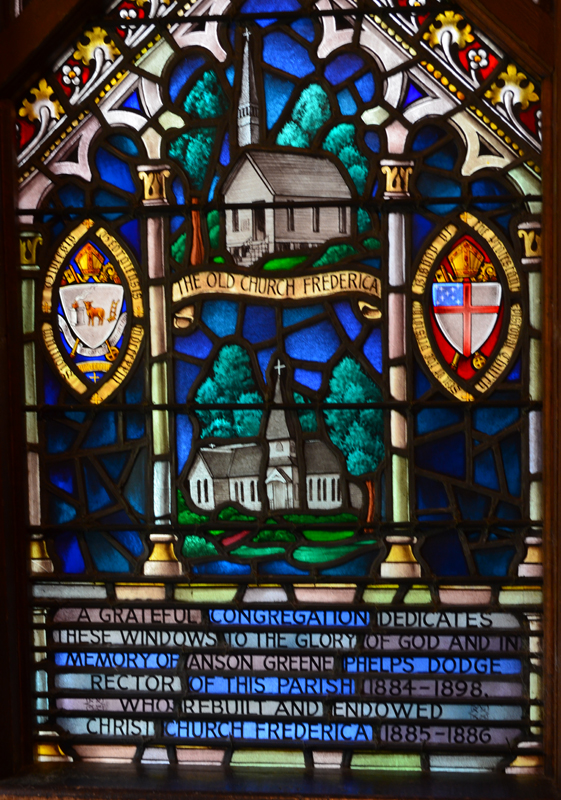 This window details the history of the church. 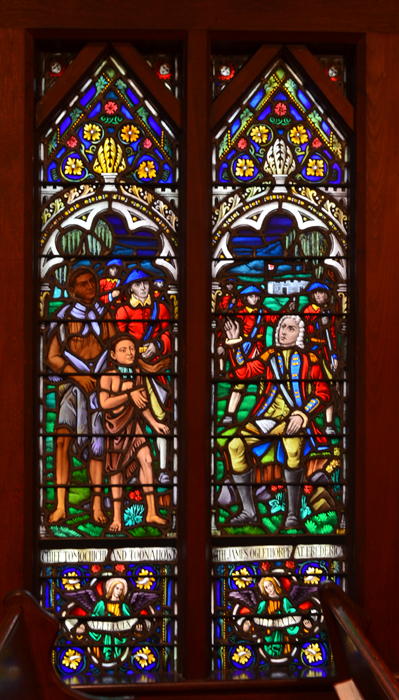 Tomochichi and Oglethorpe
Tomochichi was a Yamacraw chief who is credited for his mediation skills and facilitating peaceful interactions between the native people and the settlers. Without Tomochichi’s efforts, Georgia might not have been a successful colony. 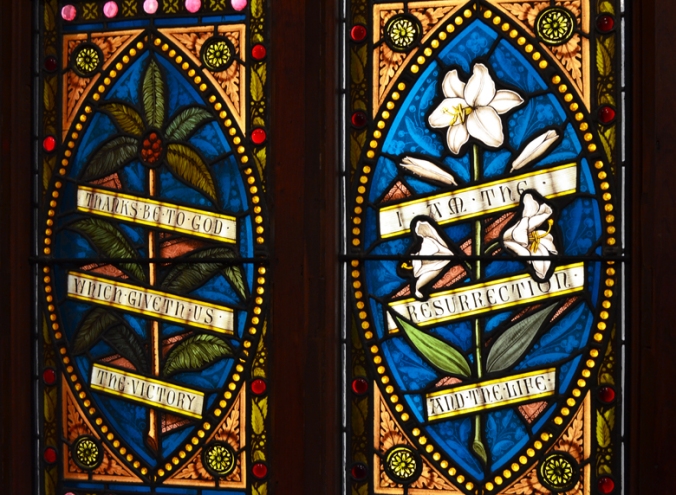 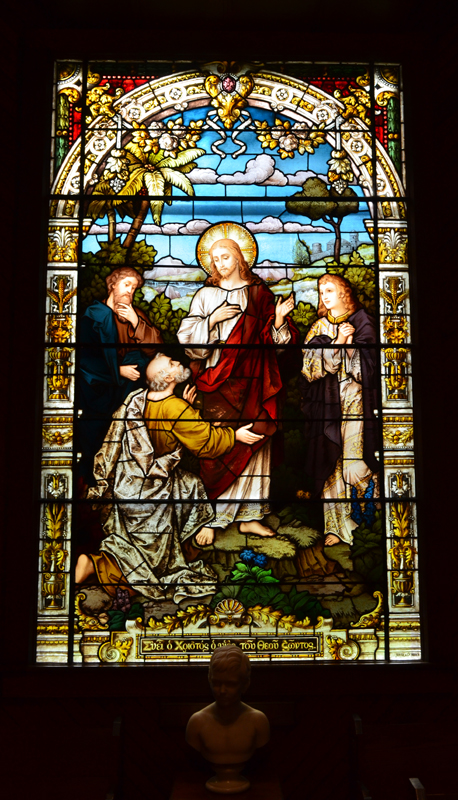 This is the church’s largest window. 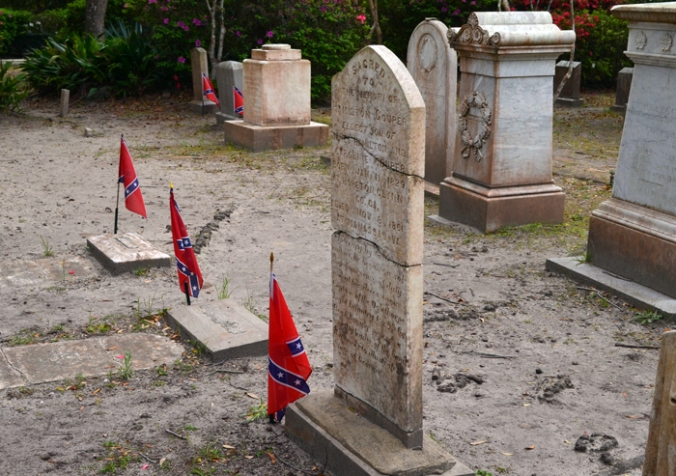 Confederate soldiers are buried in the church cemetery. 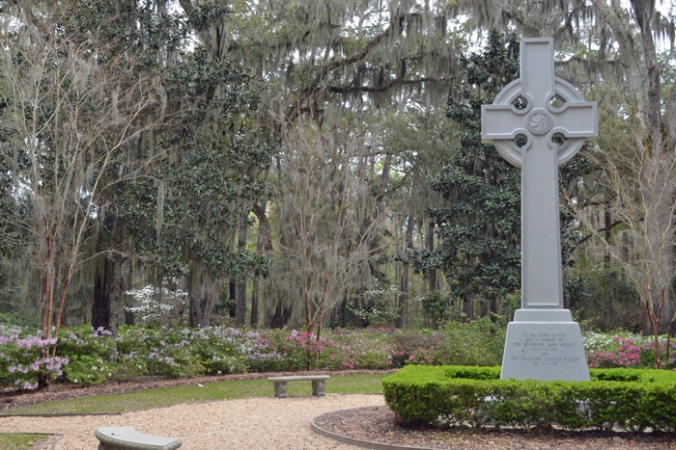 After leaving the church, we took the woodland walk to the park that honors the Wesley brothers. 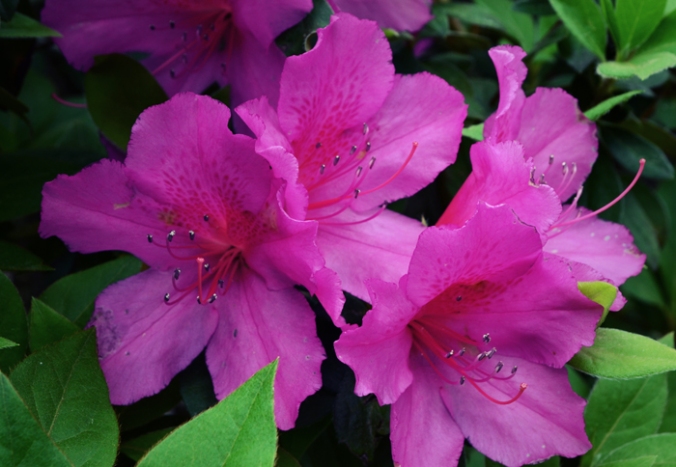 I did not think about applying bug spray during this excursion. There are a number of hungry gnats on the island and this is a mistake I would not make again. We returned to the car and decided to visit the St. Simons lighthouse before getting back on the road. The route includes a couple of odd traffic circles which made both the GPS and me cranky. When we finally made it, we realized that the lighthouse was closed to visitors due to an event at the historical center. It was a bit of a bust but still nice to see the shore. 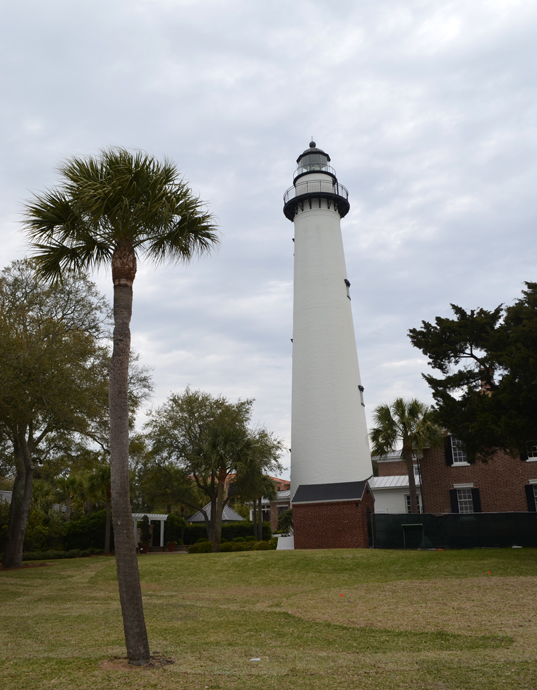 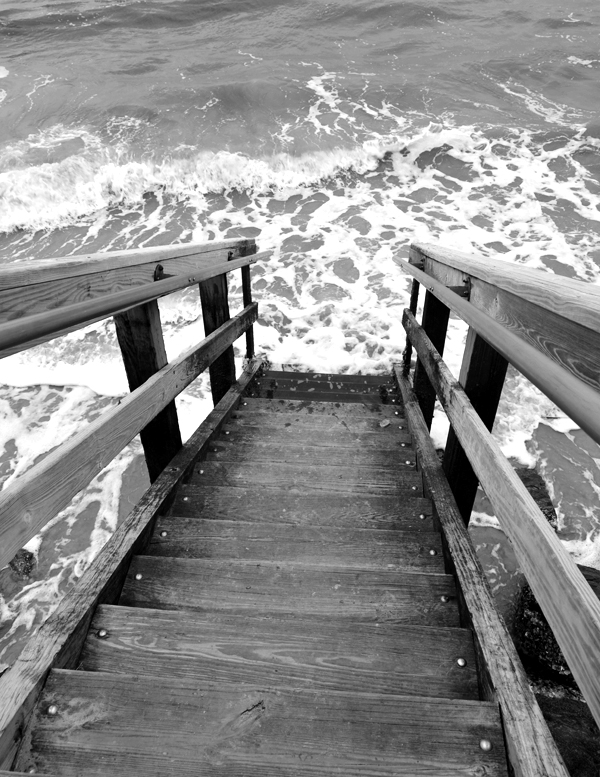 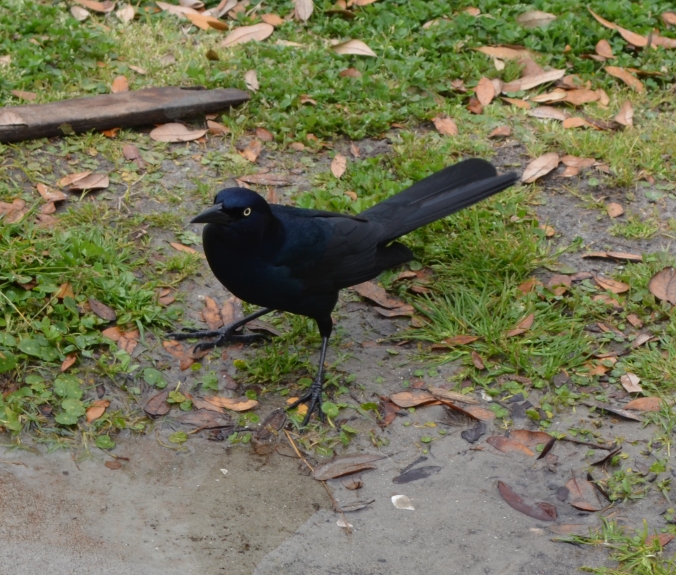 The park was full of boisterous grackles. I wish filmed a little of their loud chirping.

We were soon back to the car and off toward Waycross. There is a lot to cover in the swamp and surrounding area so I’ll save that for another post.